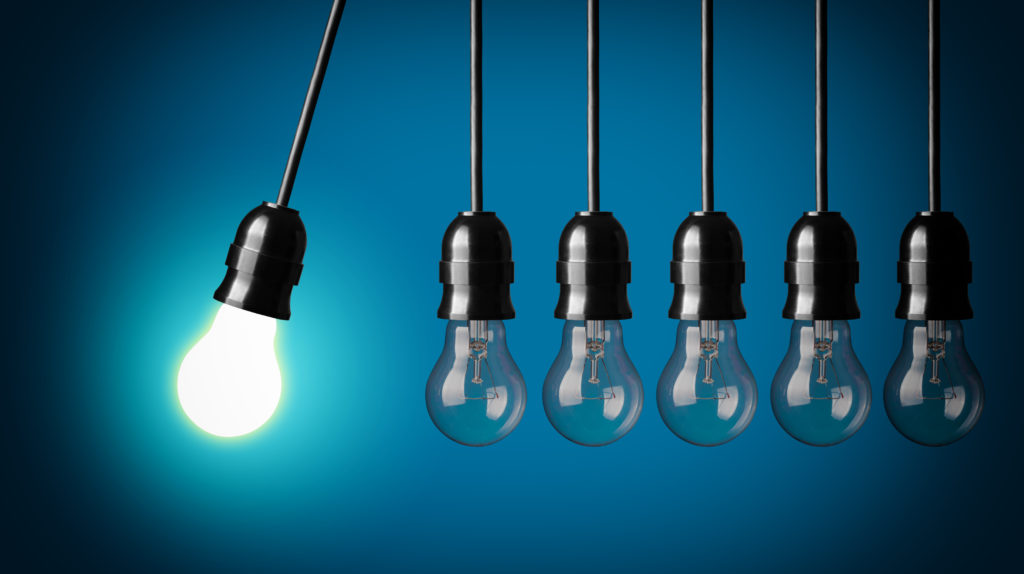 Disruptive Innovation – It’s Not Just Disrupt Or Be Disrupted

Disruptive innovation is being disrupted.

In 2014, Jill Lepore of The New Yorker took aim at Clayton M. Christensen’s seminal work on disruptive innovation, The Innovator’s Dilemma: When New Technologies Cause Great Firms to Fail. The selective use of case studies, glossing over of other economic factors and limited success Christensen himself had using the theory to forecast predictively were all presented by Lepore as issues with the work. Certainly, Christensen had quite public failures using his theory which made him open to attack; the collapse of a $3.8-million Disruptive Growth Fund in less than 12 months did him no favours. Then in 2007, he told Business Week that “the prediction of the theory would be that Apple won’t succeed with the iPhone” before adding, “History speaks pretty loudly on that”.

Christensen, like he taught any disrupted incumbent to do, fired back in a 2015 article titled “What is Disruptive Innovation?”  in the Harvard Business Review. He was no less scathing in his response: “There’s another troubling concern: In our experience, too many people who speak of “disruption” have not read a serious book or article on the subject. Too frequently, they use the term loosely to invoke the concept of innovation in support of whatever it is they wish to do.” The serial misclassification of what is disruptive innovation has diluted the effectiveness of Christensen’s strategies to counter it. Understanding and differentiating what constitutes sustaining innovation, a more moderate progression of technology which doesn’t evoke the same emotive response, is important as part of this.

Explaining the misbranding of cases with his terminology, Christensen pointed to Uber as something which didn’t fit within the parameters. A disruptive innovation is one which “creates a new market by providing a different set of values, which ultimately, and unexpectedly, overtakes an existing market”. His contention was twofold; disruptive innovations originate in low-end or new-market footholds and don’t catch on with mainstream customers until quality catches up to their standards. Googling the topic, there are a series of retorts to him pointing to UberSELECT, or the prohibitive waiting times for customers of those first wave of taxis to join would both make Uber fit the criteria of his theory. Those arguments have quite a pedantic feel, telling the creator of the term something falls into his own definition.

Whether Uber fits the increasingly narrow lens which Christensen defines as disruptive innovation ultimately amounts to semantics. A more fundamental issue lies in using 20th century business lexicon and playbooks for 21st century internet businesses. The contention that it’s necessary to establish whether a company picked off low-end customers first to define it as disruptive is as problematic as it is aimless. We reside in world which has fundamentally changed from the one The Innovator’s Dilemma was written for and platform businesses have changed the medium of attack in many cases. Historically, the vertically integrated supply chain was subject to attack at various points. Internet businesses increasingly have a virtually integrated supply chain.

More interesting still is the idea of left-field disrupters who have access to your existing customer base. As industry convergence becomes more pronounced, that is the ability for companies from one industry to cross into another predominantly through digital channels, challengers are coming from new places. Amazon are an increasingly threatening proposition and, case in point, recently started ventures in insurance products and selling flights. Their ability to cross those lines is further supported by a suite of other assets – they can facilitate payments, have extensive cloud capabilities, streaming platforms and a significant physical distribution network. While this may be one of the largest companies in technology, it doesn’t change the fact that the landscape for disruption has changed for everyone. If the approach is no longer a piecemeal erosion of your customers but amounts to full scale assault, then finding terminology to address it more appropriately would make sense.

“Big-Bang Disruption” was the term which Larry Downes and Paul Nunes coined in an article by the same name in the Harvard Business Review in 2013. Big-bang disruption happens at such an accelerated pace, by being created and distributed through online channels, those conventional strategies prescribed based on original disruption literature fail.

“But perhaps the biggest challenge to incumbents is that big-bang innovations come out of left field, combining existing technologies that don’t even seem related to your offerings to achieve a dramatically better value proposition. Big-bang disrupters may not even see you as competition. They don’t share your approach to solving customer needs.”

The hallmarks of these disrupters are:

Those traits make it extremely difficult for an incumbent to survive disruption – why would customers not take a better offering on every levels?

In 2000, Reed Hastings, the founder of Netflix, approached Blockbuster CEO John Antioco about a partnership. A simplified history tells us that Antioco refuted the offer for Netflix to run an online brand for them would result in a 2010 bankruptcy while the plucky upstart became the behemoth of online streaming – classic disruptive innovation one might say. While online would ultimately provide a new platform and market for Hastings to overtake physical video stores, there was no reason for Blockbuster to cede the strong brand recognition and customer base they had built at the time. However, Blockbuster’s existing model had a flaw by design – they were massively reliant on late fees. This was an annoyance to customers but accounted for about $200 million annually in revenue. In 2004, increasingly concerned by the threat of Netflix and Redbox, Antioco proposed a significant overhaul to secure the future of the brand. He proposed dropping those late fees and making a $200m investment to launch Blockbuster Online. Carl Icahn, an investor in the company, questioned the decision-making and leadership of the CEO because the strategy would significantly hamper profitability. The loss of the board’s confidence ultimately culminated in the departure of Antioco and, eventually, the demise of the largest video rental chain in the world. When viewed through this different lens, Netflix weren’t quite the unopposable disruptive force they were made out to be. Blockbuster had ample time and opportunity to respond but failed to do so appropriately.

Seagate Technology, famously displaced in Christensen’s hard-disk drive example, were never felled by disruption. Despite their allegedly fatal error to delay manufacturing 3.5-inch drives in the mid-80s, which were valued by producers of portable computers and laptops. Between 1989 and 1990 its sales doubled, reaching $2.4 billion, “more than all of its U.S. competitors combined”. Seagate had $11 billion in revenue in 2018 still predominantly selling hard drives. As Jill Lepore pointed out:

“In the longer term, victory in the disk-drive industry appears to have gone to the manufacturers that were good at incremental improvements, whether or not they were the first to market the disruptive new format. Companies that were quick to release a new product but not skilled at tinkering have tended to flame out.”

For all the effectiveness of those companies displacing one another in the 1980’s only to collapse when the next arrived, was there not a question why none of those companies could replicate their initial success? That adage of “staying too close to your customer” probably applied to the company which served I.B.M. at the time, who insisted that they only wanted better and faster versions of the 5.25-inch drives – Seagate Technology.

It’s not just disrupt or be disrupted

Debating the definition of disruptive innovation will continue to be a topic. While interesting as a technical debate, it must be tempered by understanding the infrequency that monumental displacement within industries occurs regardless of definition. As we look at the converging landscapes and new markets of digital business, there’s a growing understanding that competitors can cross lines and, distributing digitally, will instigate big-bang disruption. That said, robustness of business models and the ability to provide consistent improvements on products and services remains of paramount importance. A new competitor’s ability to pick off underserved customers begins with a question of why those customers were underserved in the first instance. Sustaining innovation seems to be quite important in that context. The idea that everyone needs to be the disrupter or stands to be disrupted is folly. There isn’t always a wolf lurking but, if there is, it’s probably because you left the gate open. At the end of the day, serving your customers well matters.