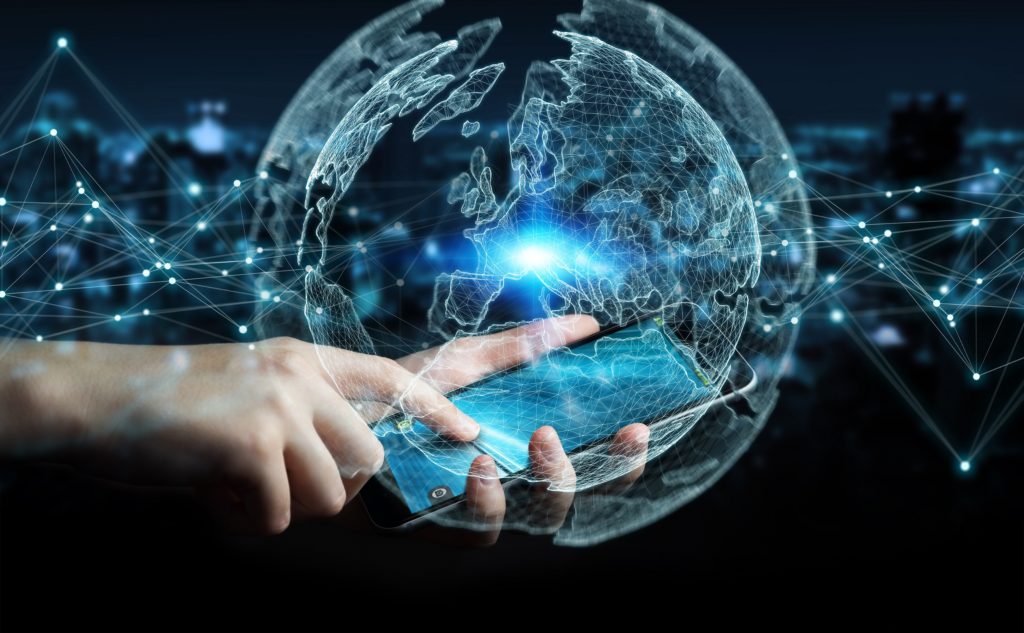 Given how far we’ve come since the early days of the modern smartphone almost two decades ago, what’s next for the future of mobile technology? Looking at a global market that feels increasing saturated, what scope is there for growth, what happens with the devices themselves and how does the ecosystem around them change? This post examines the four future mobile trends that are set to have the greatest impact.

To paraphrase Benedict Evans of Andreessen Horowitz, mobile has eaten the world. A quick look at the numbers gives us a sense of the omnipresence of mobile:

While in absolute terms 4 billion smartphones sounds significant against the global population, we must temper the figures slightly by acknowledging an uneven distribution globally and that not all of those phones are connected to mobile internet. Nonetheless, there’s certainly enough of them there. For a sense of how much they’re being used, the numbers again paint a picture:

With this in mind, we believe there are four distinct trends that will shape the future mobile technology ecosystem: divergence, convergence, data and consumption.

In line with Moore’s Law, mobile devices have seen a steady improvement in processing power and memory, particularly in top end devices. Other things like battery life, cameras, screen resolution and graphics processors are similarly improving.

However, these improvements are not consistent across all devices in all markets. For low-end devices, like the stock of new affordable Android phones targeting emerging markets, compromises are being made in design and performance with cost in mind.

The refresh rate for mobile devices has also slowed, leading to a subsequent slowdown in phone sales. The average iPhone lifespan is now over four years and around two years for Android devices. And despite the era of the $1000 phone having truly arrived, the average cost of a phone globally is decreasing.

The divergence in top-end devices vs. lower-end devices is a consideration for developers; how do we cater for all? Google have launched a series of lighter touch apps to cater to the limited performance of low-end devices. YouTube adjusts the quality of your video stream based on your viewing conditions in another incidental bit of help for devices.

The mobile phone has become a natural point of convergence for virtually all other digital technologies. For the day ahead, you no longer need to check if you have your diary, digital camera, MP3 player, calculator and newspaper with you. If you’ve got your mobile, you have them all.

The expectation is that this trend will continue to persist into the future. For example:

Underpinning it all is machine learning which can perform more intelligent and intensive tasks on device.

The future of mobile data comes through 5G, the fifth generation of cellular network technology. Early tests have shown browsing speeds being up to 23 times faster and download speeds improving to be 18 times faster for the majority of users.

The immediate question then is how do we fill that extra bandwidth?

If 3G was the birth of apps, the fatter pipes of 4G allowed to massive video consumption and the rise of streaming. 5G, we can safely assume, means existing applications will get richer again. There also promises to be a new wave of Snapchats, TikToks and Instagrams that we can scarcely imagine, enabled by 5G speeds in the same way as the exponential growth of those enabled by 4G.

The increasing consumption if rich media is also something that Mary Meeker specifically calls out in her internet trends report for 2019. Read our analysis here.

What else for the future of mobile technology?

The folding phone seems to have been the notable hardware failure of 2019 in the mobile space as a number of major manufacturers have promised but failed to deliver effectively enlarging screens.

However, the smartphone interface feels like it’s overdue a change with no massive leaps happening since the touchscreen first appeared, and foldable screens at least show promise of progress.

One way or another, the mobile persists in being central to our everyday lives; it consumes, interacts and holds more of the world around us. And taking these future mobile trends into consideration will help us to design and build the next generation of apps to maximise the potential of the devices.

If you’d like to stay up to date with the latest Alpha Hub news, events and research, register with your email address below.