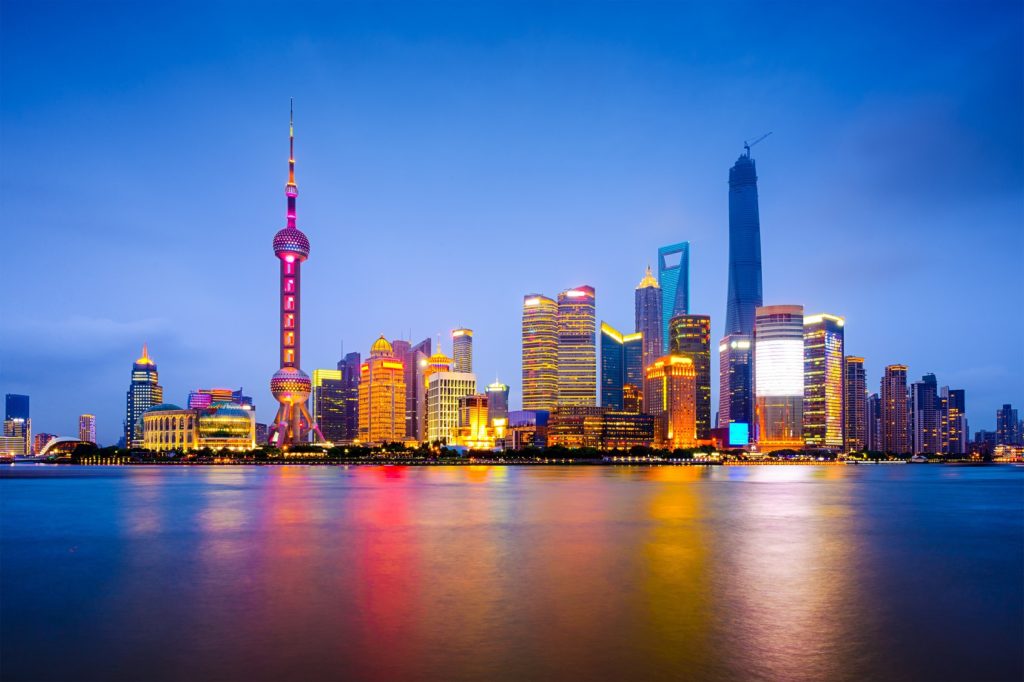 When we think of innovation, most people tend to jump straight for Silicon Valley – its traditional home. It’s worthwhile however to resist the temptation, and instead look for inspiration from the Emerging Technologies and Innovation in China.

Deng Xiaoping, who led the People’s Republic of China from 1972 until 1992, famously advised the Chinese people to “stand firmly, hide our capabilities and bide our time, never try to take the lead, and be able to accomplish something.” After years of building strength, current president Xi Jinping has decided to show it to the world, and take the lead. Ambitious national plans, outstanding universities and competitive technological advances all underpin a thriving Chinese tech scene.

With a colossal population of 69 million, the Greater Bay Area is two and a half times the size of the New York Metropolitan Area and the San Francisco Bay Area combined. In fact, its 2018 GDP was the same as Russia’s (US$1.5 trillion) and it’s roughly the same geographical size as Croatia (56,000 sq. km). The area was home to the first Special Economic Zones, a scheme beginning in the late 1970s. It allowed free market-orientation, in contrast to the rest of the country’s planned economy, in order to attract foreign investment and create a competitive economy. It continues today to be a pioneering area for competitiveness, welcoming internationalisation, heavy investment and industry-focused education.

The outcomes for the Greater Bay Area make it an exhilarating space for innovation. The landscape for success indicates not only fast paced advances in technology but also its widespread commercial application. The unique diversity of assets in the area – Hong Kong’s finance hub, Macau’s tourism and the mainland’s scale – make it a booming option for cross border investment flow.

Despite transformative ambitions, the area must overcome certain challenges; the Sino-US trade dispute is simmering and tensions remain high in Hong Kong. Additionally, differing legal, political and fiscal systems within the area are cause to road blockages. However, with continued investment it looks well placed to overcome these issues.

Universities: Educating for the skills of the future

Universities have become a major priority for China. The number of recent STEM graduates is now just over double that of the EU or US. 35 universities will soon offer undergraduate degrees specifically in AI, allowing a strong workforce with relevant skills to emerge. Overall, China’s highly cited researchers globally doubled between 2014 and 2018, with scientific output from papers increasing at about 10% per year, double the global average. Universities are a hotbed for innovation, especially when the financial and academic support is given. Thriving research universities are both a contributor to and product of a hugely successful landscape for innovation in China.

Having laid a foundation for success with innovation-enhancing environments and top-class universities, China leverages its efforts and strives for competitive advantage through holding patents. In 2014, China overtook first filings in the U.S. thanks to an impressive average annual growth rate of 29% since 2006, and 43% since 2013. Regional competition on intellectual property comes from South Korea and Japan, although China still holds the top spot in strategic industries such as machine learning.

After creating a landscape for success, China has seen big results in a number of technologies:

While many Western cities, such as San Francisco, have banned use of facial recognition by police, its use is growing in China. In Shenzhen, subway and hotel room access is possible by facial recognition, and jaywalkers are identified with their face then projected on large screens to ‘name and shame’. Large R&D is carried out by state-backed AI companies such as Cloudwalk, while commercial deployment is growing through brands like KFC offering ‘Smile to Pay’.

China is ahead in supercomputing, but races with the US for the top spot in quantity and power. Of the global top 500 systems of supercomputing, China own 44% and the US 23%. Supercomputer production can be a measure of a nation’s technical capability as they enable major tasks such as weather predictions, data lake creation and cryptography for nuclear explosions. Currently, China’s most powerful supercomputer, Sunway TaihuLight, ranks 3rd in the world with the capacity to make 93 trillion calculations per second.

5G is a transformative technology, that will drive innovation and support the future of mobile as well as other emerging technologies such as AI, robotics and the IoT. China is racing ahead in deployment of the technology with licences already released to China Mobile, China Unicom, China Telecom and China Broadcasting Network Corporation Ltd.

The Chinese government provides huge support for artificial intelligence, and it shows. As a strategic industry, it is the focus of national efforts. A three-point plan aims to see it establish reputation, take the lead, and propel all innovation with AI by 2030. Private financing has come in the wake of public support for the industry, as 60% of global private financing for AI in 2018 went to China.

A Thriving Tech Scene: The Future of Innovation in China

China has created success in technology by formulating a landscape for innovation; cooperation within the Greater Bay Area, a myriad of high end universities and patents for competitive advantages. Some of the highest quality technology in the world has been created in China as a result, contributing to a thriving Big Tech scene with players such as Alibaba, Xiaomi, Tencent and Baidu. The opportunities and support for innovation in the country cause new start-ups to emerge every day. This is a trend we can expect to continue and grow in the future as China reaps the rewards of its long-term investment in technological progress.