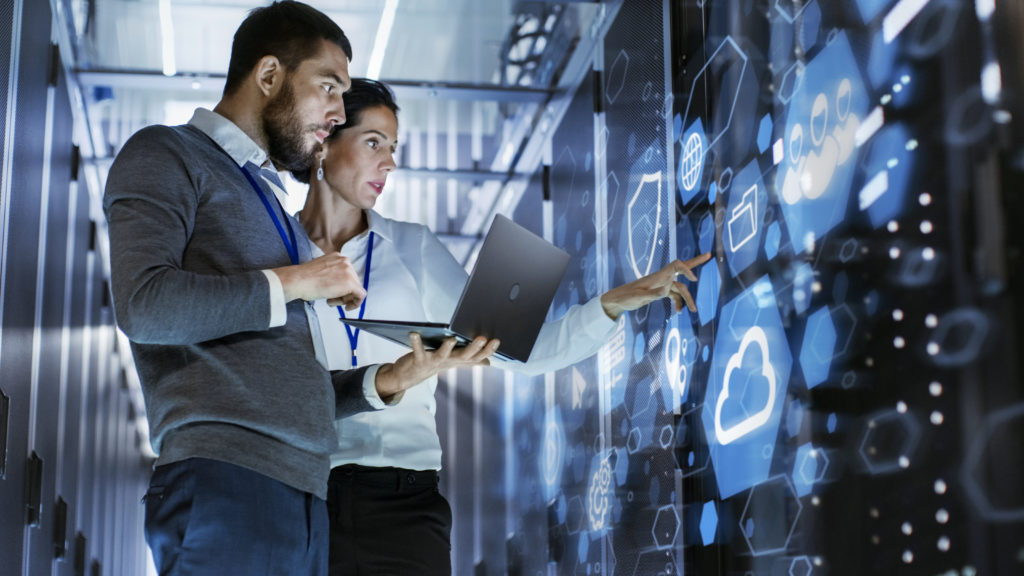 “The companies that will grow and dominate their industries will be those that systematically embrace automation across their organizations, using it to drive the changes to their products, services, and even business models as they continue to transform themselves and their industry.” – Accenture

A new era for automation driven by advancements in AI

We now realize that we are living in a world where automation is omnipresent. It’s the underlying technical foundation of the goods and services we use. Also, an everyday companion that we are to befriend or that we must integrate into our work environments or at home. It is changing the world before our eyes and transforming it rapidly.

The increase in productivity surpasses that of the steam engine in the First Industrial Revolution. The efficiency and scale at which automation has nowadays made many observers claim that we are the start of the Fourth Industrial Revolution, also called Industry 4.0. It is transforming industrial production by using the Internet and digital technologies, relying on interconnected digital systems, real-time data analysis, smart sensors, extended wireless communications, robots and intelligent machines.

The manufacturing and industrial production processes will be disrupted, as well as how people work.

This is not happening just in factories or at the assembly line, it is in the companies we work for and everywhere we look. We are seeing scenarios that appeared as science-fiction in movies only decades ago become reality, like self-driving cars that can drive without human intervention for hundreds of kilometers, while pilotless electric flights are expected to come out this year.

There are clear benefits to automation: auditability, scalability, predictability, security, data quality, reduction of errors and response times and, generally, taking on additional load without increasing headcount. But the trends driving advancements in automation may not be that obvious.

The way we perceive and interact with technology is undergoing a radical transformation. A new digital reality is created through immersive and conversational interfaces, as well as the Internet of Things (IoT) developing.

The affordability of computing power and data storage has increased. This, together with network enhancements and online connectivity, fuels data availability and algorithm development. Since Machine Learning models rely on large amounts of data being available for processing, the more data those algorithms have the more accurate their predictions.

Intelligent automation, the combination of automation with artificial intelligence as well as platforms that support such software systems, is becoming the norm nowadays.

As suggested, Artificial Intelligence (AI) is the main driver of advances in automation, with one of its most prominent branches: Machine Learning (ML). It has developed significantly in recent years due to the availability of big data, an increase in computing power, improved algorithms (e.g. deep learning, adversarial networks), research and investment. Its presence is growing significantly across platforms and devices, adding significant value through:

They are increasingly available as open-source or cloud-based services.

Experts believe AI will add nearly $16 trillion to the global economy by 2030, and 20% of companies surveyed are already planning to incorporate AI throughout their companies next year. Forbes

Virtual Assistants are another technology reliant on ML that have not reached their full potential yet. They have become smarter in recent years due to AI technologies such as machine learning, natural language processing, speech recognition and computer vision. They are now capable of more complex, “human” like interactions. This includes:

Therefore, we are seeing significant advances in intelligent technologies and we have networks, tools and platforms supporting automation that supports this advancement.

Some of the most impactful ones are:

Robotic Process Automation is a technology relying on software robots (applications) that emulate human actions at user interface level and integrate those actions to execute a business process. While cutting costs and saving time, one reason for its fast growth is that it sits on top of existing systems and companies can automate processes without replacing legacy code. This, on the other hand, can be a drawback for innovation. That said, Gartner, Inc estimates that it will grow from $850 million to $2.4 billion in 5 years, with one of leading companies, the UiPath unicorn, being evaluated at more than $7 billion.

Cloud technologies and infrastructure clearly are an enabler of the new generation of automation solutions, supporting AI features, IoT, digital businesses. Cloud infrastructure also comes in a variety of flavours: private, public and hybrid. Meanwhile we are seeing new computing models that appear: edge, fog and mesh, that will complement and enhance the current cloud infrastructure. Edge and Fog computing bring on close to source data processing and analysis as well as lower latency. In a mixed cloud this could enable us to do more intensive automation, have better communication, faster response times, better monitoring, security, systems integration, analytics, benefiting customers in the end.

Not to forget IoT and its ability to integrate multiple computing devices over a network without requiring human interaction and to perform data processing and computing close to or at the data source. It’s a place where technologies converge to produce an unprecedented amount of data and service.

With all the various technologies covering automation horizontally and vertically at different levels and sometimes overlapping, it becomes increasingly important to understand the specifics of each technology and where it is the most appropriate.

Embracing automation – there is no other way

Although there is a clear impact of automation on jobs, it’s a process of evolution that can’t be stopped and should be embraced. The next wave of machines are here to complement humans, to take over activities that we don’t want to do because they are repetitive and don’t use our cognitive capacities, and to perform those tasks that we can’t do.

It is to be expected that the future brings a closer alliance between people and machines, with goods becoming cheaper, productivity increasing and machines getting better than us in various areas. Some jobs will be replaced, others will be created, and many will grow. Amazon, a company that has invested heavily in automation, is hiring at a steady pace and is re-training its employees to prepare for the future.

Our work at this point is to find the correct balance between man and machine, making sure that intelligent automation is a valuable instrument that helps us progress and frees up more time for creativity and innovation.